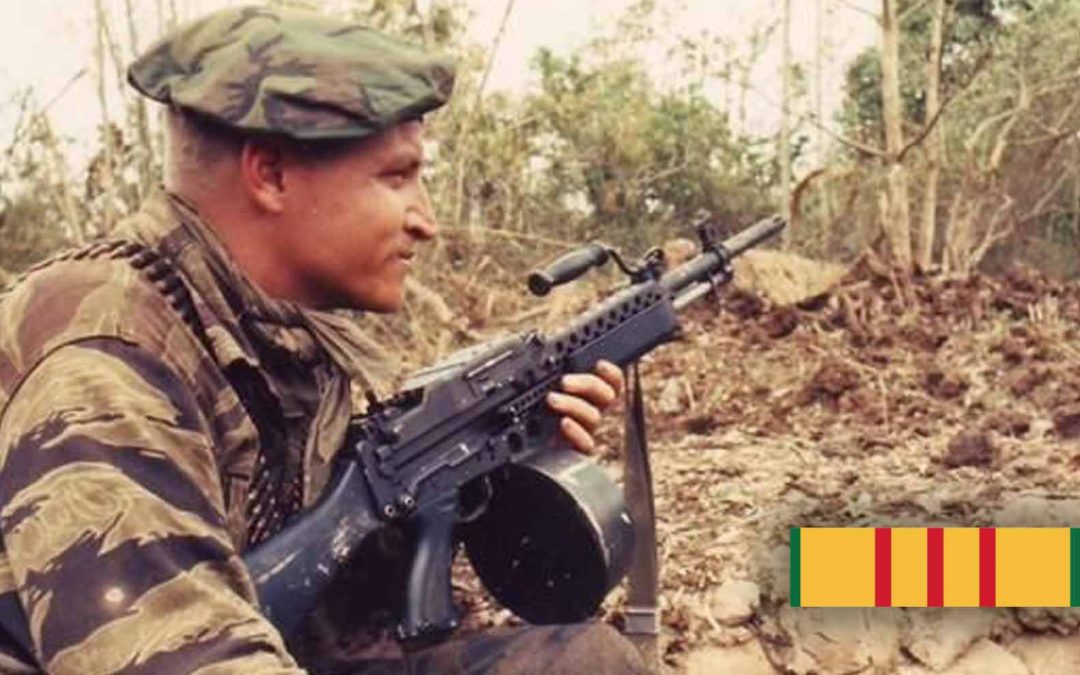 This site is part of the Fallen Never Forgotten Network

🎶 I was a PFC on a search patrol huntin’ Charlie down
It was in the jungle wars of ’65
My weapon jammed and I got stuck way out and all alone
And I could hear the enemy movin’ in close outside
Just then I heard a twig snap and I grabbed my empty gun
And I dug in scared while I counted down my fate
And then a big marine, a giant with a pair of friendly eyes
Appeared there at my shoulder and said “Wait!”
When he came in close beside me he said “Don’t worry, son, I’m here”
“If Charlie wants to tangle now they’ll have two to dodge”
I said “Well, thanks a lot”, I told him my name and asked him his
And he said “The boys just call me Camouflage”
Whoa Camouflage, things are never quite the way they seem
Whoa Camouflage, I was awfully glad to see this big marine
Well, I was gonna ask him where he came from
When we heard the bullets fly
Comin’ through the brush and all around our ears
And then I saw that big marine light a fire in his eye
And it was strange, but suddenly I forgot my fears
Well we fought all night and side by side, we took our battle stance
And I wondered how the bullets missed this man
‘Cause they seemed to go right through him just as if he wasn’t there
And in the mornin’ we both took a chance and ran
And it was here the river bank when the ambush came on top of us
And I’d thought it was the end and we were had
Then a bullet with my name on it came buzzin’ through a bush
And that big marine, he just swat it with his hands
Just like it was a fly!
Whoa Camouflage, things are never quite the way they seem
Whoa Camouflage, this was an awfully strange marine